Thomas Albert Lathrop was born in Los Angeles, California. He received a Bachelor of Arts degree in Spanish and French, a master's degree in Spanish literature, and a Ph.D in romance linguistics from the University of California, Los Angeles. He began writing Spanish textbooks while working towards his Ph.D. During his lifetime, he taught at several colleges and universities including the University of Delaware, where he was a professor of romance languages from 1980 until retiring in 2006. He wrote more than 15 books including The Evolution of Spanish. He edited a number of editions of Spanish and French classics for English speaking readers, including Miguel de Cervantes' Don Quixote. He also founded and was editor of two publishing companies: Juan de la Cuesta Hispanic Monographs and Linguatext Ltd. He received the Order of Don Quixote award and was named Oficial en la Orden de Isabel la Catolica by the King of Spain. He died on February 17, 2014 at the age of 72. 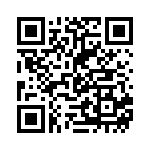