Jodi O’Brien is Professor of Sociology and Women and Gender Studies at Seattle University. She is the editor of the Encyclopedia of Gender and Society and co-editor of the “Contemporary Sociological Perspectives” book series. Her books include The Production of Reality, Social Prisms, and Everyday Inequalities. Her courses and research focus on difference, power and discrimination, and religion and sexuality. 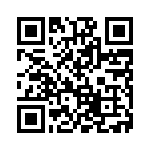