Mark Twain was an American writer, humorist, entrepreneur, publisher and lecturer. Among his novels are The Adventures of Tom Sawyer and its sequel, The Adventures of Huckleberry Finn, often called 'The Great American Novel'. He has been lauded as both the greatest American humorist of his age, and the father of American literature. 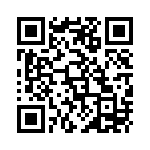