Peter Polack was born in Jamaica in 1958 where he attended various schools including Jamaica College until 1972 when he went to Denstone College boarding school in England. He is a proud graduate of the University of the West Indies and Norman Manley Law School. Whilst at UWI he was co-founder of the Amnesty International campus group and a member of the Union of Democratic Students. A lawyer in the Cayman Islands since 1983,he resides there with his wife and two daughters. He was a former rapporteur of the International Bar Association, Co-Founder and first Treasurer Caymanian Bar Association. His only hobby but not a current interest is combat pistol shooting. In July 2005 he organized a Cuba relief shipment after Hurricane Dennis from generous donors of the Cayman Islands. He is a contributing editor for Encyclopaedia of Warfare to be published by Amber Books.His research led to first international release of a list of Cuban casualties of the Angola War published in the Miami Herald 20 February 2010.Inspired by the book he is to exhibit his first work as an artist entitled The Confinement Assemblage at the Cayman Islands National Gallery in May 2013. 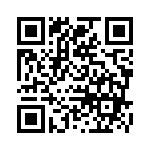