Jurgen Kurths has been professor at the University of Potsdam and director of the Interdisciplinary Centre for Nonlinear Dynamics since 1994. He is a fellow of the American Physical Society and fellow of the Fraunhofer Society (Germany), and is currently the chairman for Nonlinear Processes in Geophysics and member of the council in Geophysics of the European Geophysical Society. In 2001 he will be a member of the Editorial Board of the Int. J. of Bifurcation and Chaos. Professor Kurths was director of the group for Nonlinear Dynamics of the Max-Planck Society from 1992 1996. He studied mathematics at Rostock University, and then went on to work at the Solar-Terrestrial Physics Institute, and later the Astrophysical Institute of GDR Academy of Sciences. He obtained his PhD in Physics, and started to work on nonlinear data analysis and chaos in 1984. His main research interests are nonlinear dynamics and their applications to geophysics and physiology and to time series analysis. 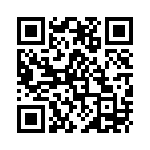