I don't think the author did a very good job of explaining what real success is. She had a few good points to make and a few bad ones. In the places where she was right, we certainly did need her to elucidate them. Common sense prevails. But the areas in which she was wrong were quite disturbing. Read full review

I received this as a First-reads winner, and, as I had mixed emotions about Huffington and the subject matter, I was curious to read it. I liked it far more than I thought I would! (If I could have ... Read full review

ARIANNA HUFFINGTON is the co-founder and editor-in-chief of the Huffington Post, a nationally syndicated columnist, and the author of thirteen books. She is also the co-host of the US radio show Left, Right & Center. She was named to the Time 100, Time magazine's list of the world's one hundred most influential people, and to the Financial Times's list of fifty people who shaped the decade. Originally from Greece, she moved to England when she was sixteen and graduated from Cambridge University with an MA in economics. 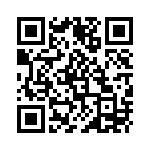