While this #13th Honor Harrington book wasn't quite as good as the preceding Mission of Honor, I still enjoyed it immensely. Even though it has a 4.05 out of 5 rating on Goodreads, a lot of people don ... Read full review

This series is a bit of a guilty pleasure for me. Firstly, it takes itself much too seriously considering that it prominently features a species of psychic six-legged cat. Secondly, many of the heroes ... Read full review

With more than eight million copies of his books in print and thirty-three titles on the New York Times bestseller list, David Weber is a science fiction powerhouse. In the vastly popular Honor Harrington series, the spirit of C.S. Forester’s Horatio Hornblower and Patrick O’Brian’s Master and Commander lives on—into the galactic future. Weber’s novels have appeared on more than thirty bestseller lists, including The Wall Street Journal, The New York Times, and USA Today. Weber is also the creator of the Oath of Swords fantasy series and the Dahak saga. He has engaged in a steady stream of best-selling collaborations, including the Starfire series with Steve White; the Empire of Man series with John Ringo; the Multiverse series with Linda Evans and Joelle Presby; the Ring of Fire series with Eric Flint; and now the Gordian Division series with Jacob Holo. David Weber makes his home in South Carolina. 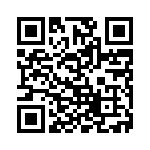