The secret of success is knowlege.

Peter Michael Prendergast, BMedSc, MB, BCh, BAO (Hons), MRCSI, works in private practice in aesthetic medicine. He is Medical Director of Venus Medical Beauty, a medical centre in Dublin specializing in nonsurgical and minimally invasive cosmetic procedures. Dr. Prendergast is founder and president of the European College of Aesthetic Medicine and a founding member of the Irish Association of Cosmetic Doctors. He is also a Fellow of the American Society for Lasers in Medicine and Surgery. Dr. Prendergast has BACD certification in botulinum toxin and dermal implants and is also an official trainer for VASER-assisted lipoplasty in Europe.

Melvin A. Shiffman, MD, JD, FCLM, received his MD from Northwestern University School of Medicine in 1957 and completed his residency in general surgery in 1964 at the Veterans Administration Hospital, Long Beach, California. Since then he has been continuously involved in the practice of oncologic surgery, reconstruction, and cosmetic surgery. In 2002, Dr. Shiffman became Chair of the Section of Surgery at Tustin Hospital and Medical Center and in 2009-10 he was President of the American College of Legal Medicine. He is Editor Emeritus of the American Journal of Cosmetic Surgery, a member of the International Editorial Board of the International Journal of Cosmetic Medicine and Surgery, and an examiner for the International Board of Cosmetic Surgery. Dr. Shiffman is the recipient of many honors and is a Fellow of various colleges and societies.He is Chair of Section of Surgery at Newport Specialty Hospital (AKA Tustin Hospital and Medical Center) and has published more than 290 articles, edited 30 books, and written over 130 book chapters. 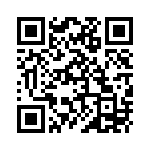