Editor-in-Chief Jorgen S. Nielsen, Ph.D. (1978) in Arab history, American University of Beirut, has researched and published extensively on Islam in Europe, including "Muslims in Western Europe" (3rd ed., Edinburgh University Press, 2004). He is currently Professor of Islamic Studies at the University of Copenhagen. Editors Samim Akgonul, Ph.D. (2001), historian and political scientist, is Professor at the Institute of International Relations and the Department of Turkish Studies of Strasbourg University and senior researcher at the French National Center for Scientific Research (CNRS). He studies the evolution of minority concepts as well as religious minorities in Eastern and Western Europe. Ahmet Aliba i, Ph.D. (2011), is Assistant Professor at the Faculty of Islamic Studies, University of Sarajevo, and director of the Center for Advanced Studies in Sarajevo. He was educated in Kuala Lumpur (Islamic studies, political sciences, and Islamic civilization). He also served as the first director of the Interreligious Institute in Sarajevo (2007-2008). Egd nas Ra ius, Ph.D. (2004) in Arabic and Islamic studies, University of Helsinki, is currently Professor of Middle Eastern and Islamic studies at Vytautas Magnus University, Kaunas, Lithuania. He has been engaged in research on Islam in the Baltic States for the past decade. 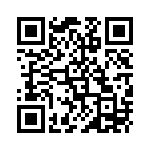