Quite an interesting little book - details the 'Dunning-Kreuger' effect, as it is called. People tend to overestimate their competence at a task if they are bad at it, and underestimate it if they are ... Read full review 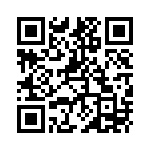