Gerhard Kreysa, born 1945, studied chemistry at the Technical University of Dresden. After obtaining his doctorate, he joined the Karl Winnacker Institute of the DECHEMA in Frankfurt (Main) where he focused his research interests on electrochemical engineering and environmental protection. He became Chief Executive of the DECHEMA in 1992. In the course of his career, Professor Kreysa has received several national and international scientific awards, and honorary doctorates from the University of Clausthal and the Royal Institute of Technology in Stockholm. He is a foreign member of the Royal Swedish Academy of Engineering Sciences, teaches at the universities of Dortmund and Regensburg and holds numerous honorary positions. He is also actively involved in issues pertaining to research and the public acceptance of science and technology.

Michael Schütze, born 1952, studied materials sciences at the University of Erlangen-Nürnberg from 1972 to 1978, then joined the Karl Winnacker Institute of the DECHEMA as a research associate. He received his doctorate in engineering sciences from the RWTH (Technical University) in Aachen in 1983, completed his habilitation in 1991, becoming a member of the external teaching staff of the RWTH. Since 1998, he holds a professorship there. In 1996, he was appointed director of the Karl Winnacker Institute. He is recipient of the Friedrich-Wilhelm-Prize and the Rahmel-Schwenk medal, past Chairman of the Gordon Research Conference on Corrosion, editor of the journal Materials and Corrosion, past - President of the European Federation of Corrosion, President of the World Corrosion Organization and Chairman of the Working Party Corrosion by Hot Gases and Combustion Products. 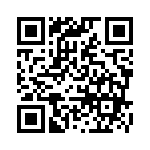