Stark novel of survival and politics set in Europe after WW III in a desolate harsh environment where soldiers are in small roving bands hunting for food and shelter and using weapons patched together ... Read full review

My reaction to reading this novel in 1998. Spoilers follow. “Introduction”, Algis Budrys -- While Budrys may be too credulous about Hubbard’s purported accomplishments, he has interesting things to ... Read full review

With 19 New York Times bestsellers and more than 350 million copies of his works in circulation, L. Ron Hubbard is among the most acclaimed and widely read authors of our time. As a leading light of American Pulp Fiction through the 1930s and '40s, he is further among the most influential authors of the modern age. Indeed, from Ray Bradbury to Stephen King, there is scarcely a master of imaginative tales who has not paid tribute to L. Ron Hubbard. 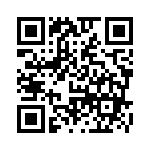