87 pages matching increase in this book

Horngren is a member of the Accounting Hall of Fame.

A member of the American Accounting Association, Horngren has been its President and its Director of Research. He received its first annual Outstanding Accounting Educator Award.

The California Certified Public Accountants Foundation gave Horngren its Faculty Excellence Award and its Distinguished Professor Award. He is the first person to have received both awards.

Horngren is the Consulting Editor for the Charles T. Horngren Series in Accounting.

Gary L. Sundem is the Julius A. Roller Professor of Accounting and Associate Dean at the University of Washington, Seattle. He received his B.A. degree from Carleton College and his MBA and Ph.D. degrees from Stanford University.

Professor Sundem was the 1992-93 President of the American Accounting Association. He was Executive Director of the Accounting Education Change Commission, 1989-91, and served as Editor of The Accounting Review, 1982-86.

A member of the Institute of Management Accountants, Sundem is past president of the Seattle chapter. He has served on IMA's national Board of Directors, and chaired its Academic Relations and Professional Development Committees.

Professor Sundem has numerous publications in accounting and finance journals including Issues in Accounting Education, The Accounting Review, Journal of Accounting Research, and The Journal of Finance. He was selected as the Outstanding Accounting Educator by the American Accounting Association in 1998 and by the Washington Society of CPAs in 1987. He has made more than 200 presentations at universities in the United States and abroad.

A Certified Management Accountant, Stratton has lectured extensively at management accounting conferences in North America, South America, and Europe. He has developed and delivered professional workshops on activity-based management and performance achievement to manufacturing and service organizations throughout the United States and South America. In 1993, Professor Stratton was awarded the Boeing Competition prize for classroom innovation. 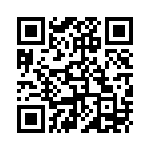