Victor Bulmer-Thomas is the Director of Chatham House, the London home of the Royal Institute of International Affairs and Professor Emeritus at the University of London. He is a Director of the new India Investment Trust. He is the editor of The Economic History of Latin America Since Independence, Second Edition (2003) and Regional Integration in Latin America and the Caribbean: The Political Economy of Open Regionalism (2001).

John H. Coatsworth is Monroe Gutman Professor of Latin American Affairs in the Department of History at Harvard University. In addition to serving as the Director of the David Rockefeller Center for Latin American Studies since its founding in 1994, he chairs the University Committee on Human Rights Studies. His recent books include Latin America and the World Economy since 1800, edited with Alan M. Taylor (1998) and Culturas Econtradas: Cuba y los Estados Unidos, Edited with Rafael Hernandez (2001). 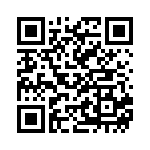