companion to the movie

I thought my daughter would like this book to go with the movie but it doesnt really explain anything. Read full review

Richard T. Kelly was born in Newcastle-upon-Tyne in 1970, and grew up in Northern Ireland. This is his third book.Praise for Alan Clarke:

'A quite remarkable, heartbreaking book . . . a model of how to write film history.' Independent on Sunday

'If there is a better book about British television in the seventies and eighties, I have yet to read it.' Sight & SoundPraise for The Name of this Book is Dogme95: 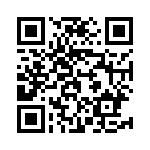