Amiri Baraka: the politics and art of a Black intellectual

Watts (American studies, Trinity Coll.) has written a massive study of the political and intellectual career of the poet and activist Amiri Baraka (a.k.a. LeRoi Jones). His focus is on Jones's life as ... Read full review

Jerry G. Watts is Associate Professor of American Studies and Political Science at Trinity College, Hartford, Connecticut. Author of Heroism and the Black Intellectual: Ralph Ellison, Politics, and Afro-American Intellectual Life, his articles have appeared in The Village Voice, The Nation, Dissent, and New Politics, among many others. 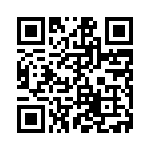