A history of literary criticism: from Plato to the present

This tombstone-sized book by Habib (English, Rutgers Univ.) attempts the ambitious goal of covering the history of literary criticism from antiquity to the present. But Habib is quick to state that ... Teljes ÈrtÈkelÈs elolvas·sa

M.A.R. Habib is Associate Professor of English at Rutgers University. He received his D.Phil. in English from Oxford University, and is the author of five books, including Modern Literary Criticism and Theory: A History (Blackwell, 2007). 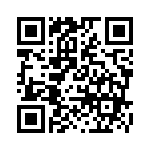