Dr. Jacob Wilson, Ph.D., CSCS*D has over 150 peer-reviewed papers, book chapters and abstracts. Dr. Wilson has turned the focus of his research onto the cellular, molecular, and whole body changes in muscle size, strength, and power in response to ketogenic dieting and supplemental ketones in varying populations. Dr. Wilson was recently awarded the NSCA’s Terry J. Housh Young Investigator of the Year Award. Moreover, he and his lab were recently featured in the new movie Generation Iron, which came out in theaters in 2013 and was aired on ESPN. Dr. Wilson is currently serving as the CEO of a brand new 21 thousand square foot research center in Tampa called Applied Science and Performance Institute.

Ryan P. Lowery, PhD (c), CISSN is a 2014 national champion baseball player and earned both BS and MS in exercise physiology and exercise and nutrition science from the University of Tampa. Ryan is currently completing his PhD in Health and Human Performance at Concordia University with a focus on ketogenic dieting, supplemental ketones, and their impact on human performance. Over the past five years Ryan has published an astounding 90 papers, abstracts, and book chapters on human performance and sports nutrition and is rapidly becoming one of the premier sport scientists in the nation. Ryan has received the Exercise Science Scholar of the Year Award, NSCA Award for Outstanding Presentation of the year award, and the National AAHPERD Exercise Science Major of the Year Award. In addition to his outstanding academic and research accomplishments, Ryan is one of the most sought after nutrition and supplement formulators in the industry. Ryan has worked with over two dozen nutrition and exercise companies including multi-million dollar affiliate marketing companies and sports nutrition companies. In doing so he brings a unique skill set in sourcing of ingredients, assuring compliance of companies, formulating novel products, and in general bridging the gap between the science of nutrition and industry. Ryan is currently serving as the President of a brand new 21 thousand square foot research center in Tampa called Applied Science and Performance Institute. 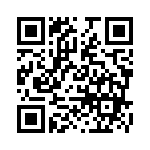