An interesting idea posited by a great Old Testament mind. Originally presented as a three-part lecture, this book feels like an idea unvetted by editors, at points, the author identifies it as ... Read full review

[ A longer version of this review appeared in THE ENGLEWOOD REVIEW OF BOOKS - 5 March 2010 ]"[The] three chapters [of this book] together bear witness to the urgent contemporaneity of the biblical ... Read full review

Walter Brueggemann is William Marcellus McPheeters Professor Emeritus of Old Testament at Columbia Theological Seminary. An ordained minister in the United Church of Christ, he is the author of dozens of books, including Sabbath as Resistance: Saying No to the Culture of Now, Interrupting Silence: God's Command to Speak Out, and Truth and Hope: Essays for a Perilous Age. 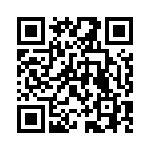