Le Corbusier is considered by many to be the leading architect of modern architecture. Born of Swiss parentage near Geneva, but a lifelong Parisian by choice, he started his practice in 1922. In 1923 he published his startling manifesto of what he called "the aesthetics of modern life," Vers une architecture (Towards a New Architecture). Le Corbusier worked first at simplifying and liberating house design through the revolutionary use of new materials---particularly, reinforced concrete---and new technical ideas for mass production, which he applied in the so-called Dom-Ino and the Citrohan House. In his widely influential book La Ville Radieuse (The Radiant City) (1935), he laid down his urban planning ideas:a city of high-rise buildings set among trees and grass. His designs for large building groups proved to be as influential as his domestic designs had been. These include the famous housing project in Marseilles (the Unite d'Habitation), his League of Nations project in Geneva (unexecuted), and, toward the end of his life, the startling designs for the capital city of Punjab, Chandigarh. He also participated---controversially---in the designs for the U.N. headquarters in New York. In his last years, Le Corbusier turned away from the geometry and pure logic of his first designs and adopted sculptural and dramatic forms, as in Chandigarh. The almost mystical complexities of Le Corbusier's Pilgrim Church of Ronchamps in the French Jura opened another chapter in the history of twentieth-century architecture. 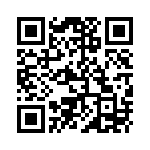