Born in Cornwall and brought up as a scientist, Golding changed to English literature after two years at Oxford University. Interested in classical Greek and archeology, he says his literary influences have been Euripides and the anonymous Anglo-Saxon author of The Battle of Maldon. E. M. Forster called Golding's Lord of the Flies (1954) "the outstanding novel of the year." In the United States, it got off to a slow start, however, until the paperback edition of 1959 led to its popularity among college students. Golding himself describes its theme as "an attempt to trace the defects of human nature. The moral is that the shape of a society must depend on the ethical nature of the individual and not on any political system, however logical or respectable" (Introduction). It became a runaway bestseller and was made into a film in 1963. Other novels include: The Inheritors (1955), which tells the story of innocent Neanderthal man's defeat and supercession by Homo sapiens; Free Fall (1959), an artist's autobiographical search for the mechanism of transition from the relatively guiltless sins of his free childhood to those in his unfree adult life; The Spire (1964), in which Golding re-creates the story behind the building of a great English cathedral, which might have been Salisbury; and The Pyramid (1967), a lighthearted comedy of manners. The Hot Gates and Other Occasional Pieces (1965) consists of 20 brief essays (two are autobiographical). Among the most interesting is "Fable," in which he tells how the war transformed him into a moralist and how he came to write Lord of the Flies. In 1961--62, he was a visiting professor at Hollins College in Virginia and lectured at American colleges and universities. He won the Nobel Prize for Literature in 1983. 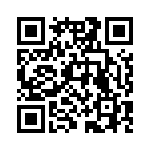