Robert Yeats is a Fellow of the American Association for the Advancement of Science and the Geological Society of America. He is senior consultant and partner in Earth Consultants International, an international firm focusing on earthquake hazards, and also an Emeritus Professor at Oregon State University. He has decades of experience in earthquake geology worldwide, including acting as chair of the International Lithosphere Project on active faults for several years and authoring three previous books: Geology of Earthquakes (with Kerry Sieh and Clarence R. Allen, 1996), Living with Earthquakes in California (2001) and Living with Earthquakes in the Pacific Northwest (2004). An endowed professorship at Oregon State University has been named in his honour and the American Association of Petroleum Geologists have recognised his work by awarding him the Michel T. Halbouty Human Needs Award. 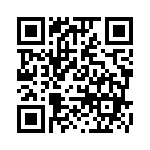