If the author wants to know what happened in Zenica on pg.197 he should email me at calvinfahey@gmail.com or calvinfahey@yahoo.com or leave a message at 831 440 8480. The US GOVT. is not interested.

Evan F. Kohlmann is an International Terrorism Consultant based in Washington, DC. He has served as an expert witness on Al-Qaida and Usama Bin Laden in post-9/11 federal terrorism trials held in the U.S. His articles have appeared in the New York Post, FoxNews.com, and the National Review, and he is frequently interviewed as a terrorist expert in the major media, including NBC, CNN, and Fox news programs. 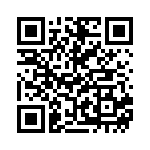