Try the new Google Books
Check out the new look and enjoy easier access to your favorite features
Try it now
Buy eBook - $25.86

Marty Klein is very persuasive in this argument against conservative and religious intrusion into our sex lives. What was surprising about it was how successful the right has been in limiting our freedoms and for the most part they haven't even gotten much of a fight, which is also very disturbing. What I wasn't expecting from this book was to see that this issue isn't a sex issue, it's a human rights issue. Very important book for everyone, not just exhibitionist and homosexuals. This is about our government intruding into our lives.
It was really eye opening for me, as a parent I tend to be okay with censorship, but Marty Klein has successfully change my mind on several points. Allowing censorship and letting our government decide what is good for us just gives up our rights as Americans.
Only down side is that Mr. Klein's book is very politically left.

Marty Klein, PhD, has been a certified sex therapist and licensed marriage and family therapist for over 30 years. 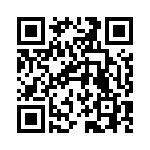