S. Robert Lichter is co-director of the nonpartisan Center for Media & Public Affairs (CMPA) & co-author of over 10 books, including "Peepshow". Lichter frequently appears on FOX News & Radio America. He lives in the Washington, DC, metro area.

Stanley Rothman is Mary Huggins Gamble Professor Emeritus of Government at Smith College, where he directs the Center for the Study of Social and Political Change. This year two books will be published under his direction, American. Elites and Hollywood's America,

Linda S. Lichter is co-director of the Center for Media and Public Affairs in Washington D.C. With her husband, Bob Lichter, she has co-authored The Media Elite and Watching America, and she has written for The Wall Street Journal, Reader's Digest, The New York Times, and other publications. 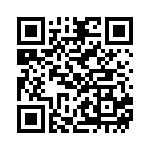