Ewen Adair Whitaker was born in London, England on June 22, 1922. After graduating from the John Roan School in Greenwich, he was hired as a lab assistant for the electrical engineering company Siemens Brothers. While there, he worked on the Pluto (Pipeline Under the Ocean) project and received a certificate in mechanical engineering from Woolwich Polytechnic. In 1949, he became an astronomer at the Royal Greenwich Observatory. While there, he became an expert in lunar photography and selenography. In 1958, he became a research associate at the Yerkes Observatory in Wisconsin and then as an associate research scientist at the Lunar and Planetary Laboratory in Arizona until retiring in 1987. During his lifetime, he helped select landing sites for unmanned NASA spacecraft in the 1960s, guided the footsteps of the Apollo 12 astronauts, and developed accurate maps of the moon. He wrote several books, atlases, and scientific papers including Photographic Lunar Atlas, Orthographic Atlas of the Moon, Rectified Lunar Atlas, Consolidated Lunar Atlas, Mapping and Naming the Moon: A History of Lunar Cartography and Nomenclature, NASA Catalogue of Lunar Nomenclature, and Representations and Maps of the Moon: The First Two Centuries. He died on October 11, 2016 at the age of 94. 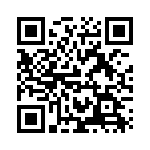