Surviving Bataan and beyond: Colonel Irvin Alexander's odyssey as a Japanese prisoner of war

This is Col. Irvin Alexander's gripping memoir of the fall of the Philippines, the Bataan Death March, and his three and a half years as a prisoner of war during World War II. Originally written in ... Read full review

Col. Dominic J. Caraccilo has served three tours in Iraq as operations officer of the 101st Airborne Division and commander of an airborne battalion. A decorated combat veteran, he is a graduate of West Point and holds master's degrees from the Naval War College and Cornell. He is based out of Fort Campbell, Kentucky. 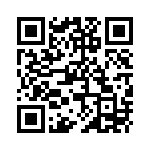