Pablo Garcia Borboroglu is a researcher at the National Research Council of Argentina, president of the Global Penguin Society, and affiliate professor at the University of Washington. P. Dee Boersma is professor of biology and Wadsworth Endowed Chair in Conservation Science at the University of Washington. She is coeditor of Invasive Species in the Pacific Northwest and executive editor of Conservation magazine. 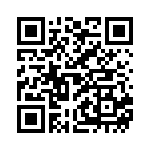