JOHN V. ROBINSON is an award-winning photographer and writer who is the author of seven previous books, including: Spanning the Strait: Building the Alfred Zampa Memorial Bridge (2004), Bridging the Tacoma Narrows (2007), and Bay Area Iron Master Al Zampa (2015). He holds degrees from UC Berkeley and San Francisco State University. In 2006 Robinson was awarded a Guggenheim Fellowship in the field of Folklore and Popular Culture. In 2007 he was a California Council for the Humanities recipient in documentary photography. John Robinson teaches English at Las Positas College and at California State University--East Bay in Hayward, California. 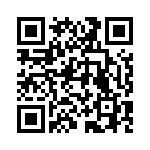