Nicholas Hagger has written more than forty books. The two previous books in his American trilogy, The Secret Founding of America and The Secret American Dream, have been widely discussed and acclaimed. He is a Renaissance-style polymath able to draw on several disciplines ? history, literature, philosophy and the sciences, mysticism, comparative religion, international politics and statecraft, and world culture ? in setting out the establishment of a World State based on political Universalism that it is America's destiny to bring in. He Lives in Essex. 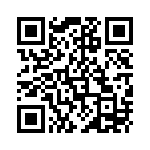