A well-reasoned but damning overview of the Vatican's response to Nazi atrocities during and after WWII.Following hard upon John Cornwell's controversial Hitler's Pope (not reviewed), and John Paul II ... Read full review

Michael Phayer is Professor of History at Marquette University. His two most recent books, Protestant Catholic Women in Nazi Germany and (with Eva Fleischner) Cries in the Night: Women Who Challenged the Holocaust, deal
extensively with Catholic-Jewish relations before and during the Shoah. 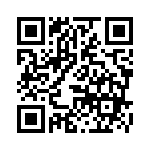