THE GOOD CITIZEN: A History of American Civic Life

An intelligent, thorough synthesis of how the rights and responsibilities of American citizenship have evolved from colonial times to the present. Schudson (Sociology/Univ.. Of Calif., San Diego) sets ... Read full review

The good citizen: a history of American civic life

Schudson (Watergate in American Memory, LJ 6/1/92), who has written a number of books on print and television media and journalism, has put together a most engaging work on the history of citizenship ... Read full review

Michael Schudson is Professor of Communication and Sociology at the University of California, San Diego. He is the author of several books, including Advertising: The Uneasy Persuasion and Watergate in American Memory. 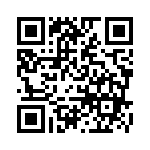