Jana Mohr Lone is the founder and director of the University of Washington Center for Philosophy for Children. Since 1995 she has taught philosophy in classrooms from preschool to college, as well as taught college students, K-12 teachers, parents and others about ways to bring philosophy into the lives of young people. She is the author of The Philosophical Child, which explores ways that parents, grandparents, and other adults can stimulate philosophical conversations about children's questions, Philosophy and Education: Introducing Philosophy to Young People, (co-editor with Roberta Israeloff), which examines various issues involved in teaching philosophy to young people, and many articles about K-12 philosophy. She writes the blog Wondering Aloud: Philosophy with Young People. A frequent speaker about pre-college philosophy, Jana is the president of PLATO (Philosophy Learning and Teaching Organization), chair of the American Philosophical Association Committee on Pre-College Instruction in Philosophy, and the founding editor-in-chief of the journal Questions: Philosophy for Young People. Michael D. Burroughs is Assistant Director of the Rock Ethics Institute and Senior Lecturer in Philosophy at the Pennsylvania State University. For over a decade, he has been working to provide greater access to pre-college philosophy in the United States. Michael has taught philosophy at numerous academic levels, including K-12 and college classes, as well as workshops for pre-college teachers and university professors. In 2008, Michael co-founded Philosophical Horizons, a pre-college philosophy program dedicated to introducing the history and practice of philosophy to children in Memphis city schools (K-12). Michael also served as Outreach Coordinator for the Philosophy Department at the University of North Carolina at Chapel Hill. During his tenure at UNC-Chapel Hill, he taught university courses on pre-college philosophy and collaborated with local educators and philosophy and education graduate students to begin numerous elementary, middle, and high school philosophy programs. Michael serves on the PLATO (Philosophy Learning and Teaching Organization) board of directors and has presented and written extensively on issues in pre-college philosophy, including chapters in Philosophy in Schools: An Introduction for Philosophers and Teachers (Routledge, 2013) and Ethics in Youth Sport: Policy and Pedagogical Applications (Routledge, 2013). 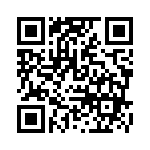