William Kotzwinkle is a novelist, children's writer, and screenwriter. He was born in Scranton, Pennsylvania. Kotzwinkle won the World Fantasy Award for Best Novel for DOCTOR RAT in 1977, and he has also won the National Magazine Award for fiction.

Kotzwinkle wrote the novelization of the screenplay for E.T. THE EXTRA-TERRESTRIAL (1982) and also wrote an original follow-up novel E. T. THE BOOK OF THE GREEN PLANET )1985). Among his most popular titles are a series of children's books featuring the title character of the first book in the series, WALTER THE FARTING DOG (2001). To date, there are six titles in the series. Starting with the third book in the series, Kotzwinkle's wife, Elizabeth Gundy is listed a co-author on the titles. 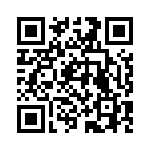