Apuleius, of African birth, was educated in Carthage and Athens. His most famous work, The Golden Ass (c.150), is the tale of a young philosopher who transformed himself not into a bird as he had expected, but into an ass. After many adventures he was rescued by the goddess Isis. The episode of "Cupid and Psyche," told with consummate grace, is the most celebrated section. This romance of the declining Empire influenced the novels of Boccaccio, Cervantes, Fielding (see Vol. 1), and Smollett (see Vol. 1); Heywood used the theme for a drama and William Morris (see Vol. 1) used some of the material in The Earthly Paradise. Robert Graves's "translation abandons the aureate Latinity of Apuleius for a dry, sharp, plain style---which is itself a small masterpiece of twentieth-century prose" (Kenneth Rexroth, SR SR). The new translation by John Arthur Hanson is authoritative. 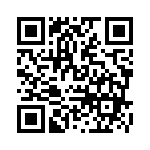