A lovely blend of the reminiscences of Kenneth Grahame's own childhood experiences, fantasy, metaphor and ancient Greek Legends. I particularly enjoyed reading the chapter 'A white-washed Uncle'. Read full review

Five orphaned children, being raised in the British countryside by aunts, uncles and servants but mostly by each other, enjoy the joys of a country childhood. Written from a child's point of view, in ... Read full review

Kenneth Grahame was born in Edinburgh on March 3, 1859. When he was five years old, his mother died of scarlet fever and he nearly died himself, of the same disease. His father became an alcoholic and sent the children to Berkshire to live with relatives. They were later reunited with their father, but after a failed year, the children never heard from him again. Sometime later, one of his brothers died at the age of fifteen. He attended St. Edward's School as a child and intended to go on to Oxford University, but his relatives wanted him to go into banking. He worked in his uncle's office, in Westminster, for two years then went to work at the Bank of England as a clerk in 1879. He spent nearly thirty years there and became the Secretary of the Bank at the age of thirty-nine. He retired from the bank right before The Wind in the Willows was published in 1908. He wrote essays on topics that included smoking, walking and idleness. Many of the essays were published as the book Pagan Papers (1893) and the five orphan characters featured in the papers were developed into the books The Golden Age (1895) and Dream Days (1898). The Wind in the Willows (1908) was based on bedtime stories and letters to his son and it is where the characters Rat, Badger, Mole and Toad were created. In 1930, Milne's stage version was brought to another audience in Toad of Toad Hall. Grahame died on July 6, 1932. 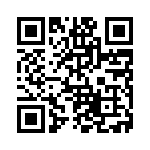