Much of the history of technology is about being at the right place at the right time, and many a wonderful concept just had the misfortune to arrive at the wrong time. What one has here is the ... Read full review

Steve Lehto is an author and an adjunct professor of law and Michigan history at the University of Detroit Mercy. He is the author of Death’s Door: The Truth Behind Michigan’s Largest Mass Murder, a 2007 Michigan Notable Book, and Michigan’s Columbus: The Life of Douglass Houghton. He lives in Royal Oak, Michigan. Jay Leno is a stand-up comedian, a television host, and a writer. He contributes a column to Popular Mechanics, which showcases his collection of more than 200 vehicles and advice about automotive topics. He lives in Beverly Hills, California. 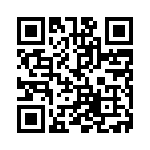