I've wanted to read this for some time. Very fun romp through the creation of the great OED, with facinating insight into the lives of two of its creators. I found the style of writing somewhat ... Read full review

The history of the compilation of the "Oxford English Dictionary" with its viewpoint being the contribution of William Minor, an inmate of Broadmoor Hospital for the Criminally Insane. Well edited ... Read full review

Simon Winchester is the acclaimed author of many books, including The Professor and the Madman, The Man Who Loved China, A Crack in the Edge of the World, and Krakatoa. Those books were New York Times bestsellers and appeared on numerous best and notable lists. In 2006, Mr. Winchester was made an officer of the Order of the British Empire (OBE) by her Majesty the Queen. He lives in Manhattan and in western Massachusetts. 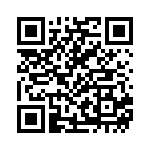