A truly wonderful example of Victorian Literature, George Eliot's sweeping novel of life in middle class rural England certainly deals with many common themes from that period in literature, but in such a beautifully written manner that the books stands out among its contemporaries. Read full review

George Eliot (1819–1880) was the pseudonym of Mary Ann Evans, one of the defining authors of the Victorian era, who penned influential works such as Adam Bede, Middlemarch, The Mill on the Floss, and Silas Marner. Eliot began her career by writing for local newspapers, eventually running the Westminster Review. During her time there, she decided to become a novelist and chose a masculine pen name in order to avoid the rampant sexism of the day. Her first novel, Adam Bede, was an instant success. Eliot’s realist philosophy and deep characterizations were defining features of her work, and her classic novels have earned her praise as one of the English language’s top authors. 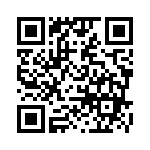