A thinner Book than the life by Arrian, and more general purpose. The same story as Plutarch and Arrian. But We should have this work for completeness. The original was probably extant by 70 CE. Read full review

Fantastic translation of a great book. Current day translations have lost much of the rich literature content contained in translations and publications of the past. Must read for any historian or collector. Read full review

Quintus Curtius Rufus, the Roman historian, wrote the only life in Latin of Alexander the Great. The author's identity and the date of composition of the work have been the subject of great debate. However, the evidence of recent years suggests he was a soldier and politician who rose from obscurity to a senatorial role under Tiberius (AD 14-37). However, the fall of the emperor's chief minister, Sejanus, brought his political career temporarily to an end and he turned to writing. 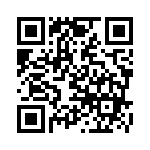