Excellent - For anyone who lived in Connecticut and New York during 1983 to 1984, this is a must read. The amount of research detailing the thousands of witnesses that filed official reports is astounding. Dr. Hynek, Mr. Imbrogno and Mr. Pratt cover the extensive comments, concerns and amazement of many watching these low flying large triangles. These craft(s) were estimated to be 300 to 1,000 feet long, black or gunmetal in color, triangular in shape that cruised over homes, towns and one case coming to within a few feet of the Indian Point Nuclear Reactor. The book also goes into detail surrounding local and NY FAA office reactions as well as local Police offices. I would like to especially thank the local police in the various towns of CT and NY who stepped forward, admitted what they saw, came to the aid of the people who needed comfort during this time. The people counted on the one group they could trust and the police "served the public" faithfully. The book also covers the News Media from CT and NY offices during this time. I would recommend this book.

Great book one of the best books I read so far. It takes place in my hometown and I know a couple of people who are in the book they were my neighbors. I would recommend this book to anyone who loves these types of reports. I have seen it back in the 80's in my front yard.

Dr. J. Allen Hynek was a professor emeritus and chairman of the astronomy department at Northwestern University. Earlier, he was director of the Lundheimer Astronomical Research Center at Northwestern. He has written astronomy books and articles that have appeared in numerous science journals, as well as an astronomy column for Science Digest magazine. He was chief scientist for NASA's satellite tracking program, and for twenty years was the scientific consultant to the United States Air Force in the investigation of the UFO phenomenon. He is credited with coining the phrase "close encounters of the third kind" and was Steven Spielberg's technical consultant on the film of that name. Dr. Hynek died in April 1986.

Philip Imbrogno (Connecticut) is a recognized authority in the field of UFO research. He has been interviewed by The New York Times and Coast to Coast AM, has appeared on NBC's The Today Show and The Oprah Winfrey Show , and has been featured in documentaries on the History Channel, A&E, Lifetime, and HBO. Imbrogno worked closely with many top UFO investigators, including Dr. J. Allen Hynek and Bud Hopkins. He is a retired educator who spent thirty years teaching science.

Bob Pratt, a journalist for more than forty-five years, has closely followed the UFO phenomenon since 1975. nbsp;He has investigated hundreds of UFO cases in ten countries in North and South America and the Far East. nbsp;He has interviewed about 1,800 people who have had UFO experiences. 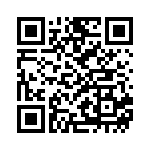