This edition, written for intermediate macroeconomics courses, is an Australian adaption of the best-selling US text. The fundamental goals of the book are to provide an integrated view of ... Read full review

Olivier Blanchard is the Class of 1941 Professor of Economics at MIT. He did his undergraduate work in France, and received a Ph.D. in economics from MIT in 1977. He taught at Harvard from 1977 to 1982, and has taught at MIT since 1983. He has frequently received the award for best teacher in the department of economics.

He has done research on many macroeconomic issues, from the effects of fiscal policy, to the role of expectations, to price rigidities, to speculative bubbles, to unemployment in Western Europe, transition in Eastern Europe, and more recently, on labor market institutions. He has done work for many governments and many international organizations, including the World Bank, the IMF, the OECD, the EU commission and the EBRD. He has published over 150 articles and edited or written over 15 books, including Lectures on Macroeconomics with Stanley Fischer.

He lives in Cambridge, with his wife, Noelle. He has three daughters, Marie, Serena, and Giulia. 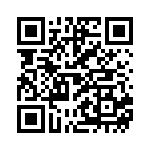