This one really grabbed me, it is a strange mix of things that you can never second guess. There were a few times when I thought I had skipped a chapter but instead it was because I thought I understood what was happening. Brilliant. Read full review

I continue to read Haruki Murakami with absolute delight. This is heralded as a sequel of his "Chasing wild sheep" It is helpful to read "Sheep", but it is not necessary as Murakami provides enough ... Read full review 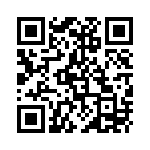