Philip Jenkins, one of the world's leading religion scholars joined Baylor University's Institute for Studies of Religion as Distinguished Professor of History and Co-Director for the Program on Historical Studies of Religion. He is the author of many books and articles, including the acclaimed The Future of Christianity Trilogy, consisting of The Next Christendom: The Coming of Global Christianity, The New Faces of Christianity: Believing the Bible in the Global South, and God's Continent: Christianity, Islam, and Europe's Religious Crisis. 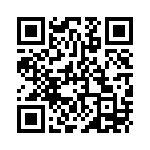