Mark A. Lause is a professor of American history at the University of Cincinnati and the author of Young America: Land, Labor, and the Republican Community and other books. 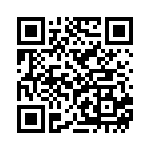