Yves R. Simon is author of several books, including The Definition of Moral Virtue and The Tradition of Natural Law available from Fordham University Press. 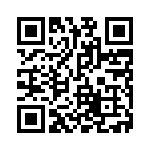