Michael Nixon is a PhD candidate at the School of Interactive Arts & Technology at Simon Fraser University. He researches how to make virtual characters in digital environments more believable through the use of better cognitive models and non-verbal behavior in social contexts. His dissertation research focuses on the use of social signals as cues in the creation of unique identities for believable characters. Michael’s M.Sc. thesis describes an investigation into the suitability of Delsarte’s system of movement as a framework for the animation of believable characters.

Ulysses Bernardet is currently a postdoctoral fellow at the School of Interactive Arts and Technology of the Simon Fraser University, Vancouver, Canada. He holds a doctorate in psychology from the University of Zurich, and has a background in psychology, computer science and neurobiology. He is the main author of the large-scale neural systems simulator iqr, has developed models of insect cognition, and conceptualized and realized a number of complex, real-time interactive systems. Ulysses’ research follows an interdisciplinary approach that brings together psychological and neurobiological models of behavior regulation, motivation, and emotion with mixed and virtual reality. At the core of his current research activity is the development of models of personality and nonverbal communication. These models are embodied in virtual humans and interact with biological humans in real-time. Ulysses likes to refer to this approach of “understanding humans by building them” as Synthetic Psychology.

Steve DiPaola, is a cognitive based AI computer scientist and former director of the Cognitive Science Program at Simon Fraser University. DiPaola also leads the iVizLab (ivizlab.sfu.ca), a research lab that strives to make computational systems bend more to the human experience by incorporating biological, cognitive and behavior knowledge models. Much of the lab’s work is creating computation models of very human ideals such as expression, emotion, behavior and creativity. He is most known for his AI based computational creativity (darwinsgaze.com) and 3D facial expression systems. He came to SFU from Stanford University and before that NYIT Computer Graphics Lab, an early pioneering lab in high- end graphics techniques. He has held leadership positions at Electronic Arts, Saatchi Innovation and consulted for HP, Macromedia and the Institute for the Future. His computer based art has been exhibited internationally including the AIR and Tibor de Nagy galleries in NYC, Tenderpixel Gallery in London and Cambridge University’s Kings Art Centre. The work has also been exhibited in major museums, including the Whitney Museum, the MIT Museum, and the Smithsonian. [Editor] 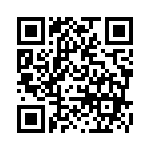