Ana GonÁalves Magalh„es is a professor and curator at the Museum of Contemporary Art of the University of S„o Paulo (MAC-USP). As an art historian, she was editorial coordinator of FundaÁ„o Bienal de S„o Paulo between 2001 and 2008. She is also a member of the Brazilian Committee of Art History (CBHA ) since 2000. She has a B.A. in History from Unicamp (1992), a M.A. in History of Art and Culture (1995) from the same university and a Ph.D. in History and Critique of Art from USP (2000). Magalh„es is a Professor at USPs Graduate Program in Aesthetics and Art History as well as the Graduate Program in Museum Studies. In addition to exhibitions curated with the Museum's collection, she is a coordinator of the Research Group Museum Archives and Research (including members from twelve institutions in S„o Paulo), and a researcher at the Research Group of Applied Physics for the Study of Historical and Artistic Heritage (NAP FAEPAH ), at USP. Giselle Beiguelman is an artist, professor at the School of Architecture and Urbanism of the University of S„o Paulo (FAU-USP) , and coordinator of the undergraduate course of Design there (2013-2015). Her work includes interventions in public spaces, net projects and apps of mobile art, exhibited internationally in the main museums of media art, research centers and institutions of contemporary art, such as ZKM (Karlsruhe, Germany), galery@Calit2 (UCSD , EUA) and thr Bienal de S„o Paulo. She was curator of Tecnofagias - 3a Mostra 3M de Arte Digital, among other shows, and is editor of seLecT magazine. In 2014, she was invited by The Webby Awards, International Academy of Digital Arts and Sciences, World Wide Web Foundation and Tim Berners-Lee to take part in a select group of ten international artists in the project The Web at 25, celebrating the 25th anniversary of the Internet. 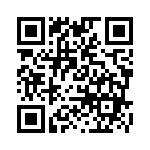