Lee Braver is Professor of Philosophy at the University of South Florida and the author of Groundless Grounds: A Study of Wittgenstein and Heidegger (MIT Press) and A Thing of This World: A History of Continental Anti-Realism. 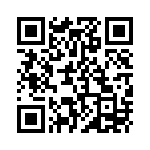