L.T.C. Rolt is the author of biographies on several great British engineers, including Brunel and the Stephensons, as well as Narrow Boat. 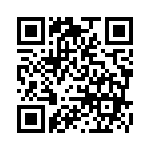